“Listen! This is the beginning. And when we get to the end, you will know more than you do now.”
Fairy tales are never ‘just’ for children ~
The Snow Queen is everyone’s hero(ine)’s journey ~ a story of Gerda and her journey to find her lost friend, Kai.
This muscular, highly theatrical odyssey includes devious devils, self-absorbed flowers, opinionated crows, a princess, and a ferocious robber band ~
Plus the Snow Queen herself, the catalyst for the whole adventure.

Five actors + one story of seven parts = chaos, invention and magic….
Creating over 50 characters in the course of the performance,
theater simple has re-envisioned an evocatively timeless story with a raucously smart sensibility that speaks to all ages.
Seriously – proximity to your inner child only requirement of attendance.

(Hi, Friendly Presenters and Producers - if you have a password for the Tech Reqs, come HERE)

About Hans Christian Andersen
Danish poet and author is still known the world over for his children's tales such as The Ugly Duckling, The Little Mermaid, and Hans Brinker or The Silver Skates. He began The Snow Queen on December 5, 1844 (St Nicolas Night!) and it was published 16 days later! Considered by many to be his masterwork, this fairytale in seven parts has been influential on many artists since. Reading the tale now, it's easy to see direct and indirect influences on other fantasy works such as Baum's The Wizard of Oz, Tolkien's The Lord of the Rings, and Lewis' The Chronicles of Narnia.
There are lots more interesting tidbits of SNOW QUEEN information to be found at http://en.wikipedia.org/wiki/The_Snow_Queen.

hot quotes about THE SNOW QUEEN

THE SNOW QUEEN has been seen in Seattle, Canada and journeyed to Australia in 2010, where it appeared at the Adelaide Fringe, the largest arts festival in the Southern Hemisphere. We then followed up with sold out performances in Canberra. 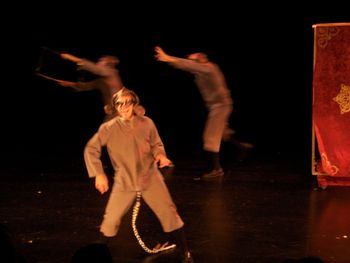 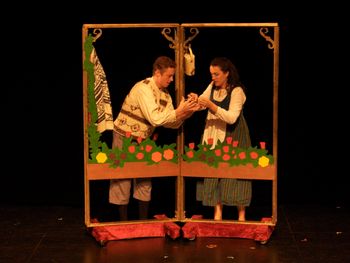 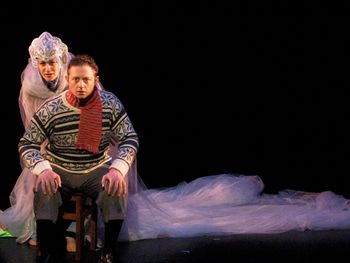 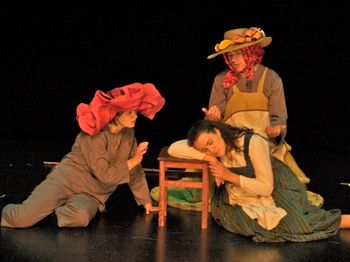 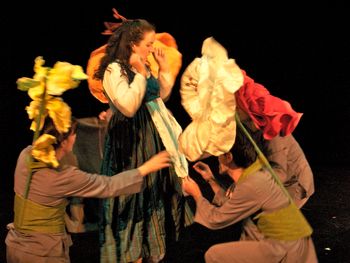 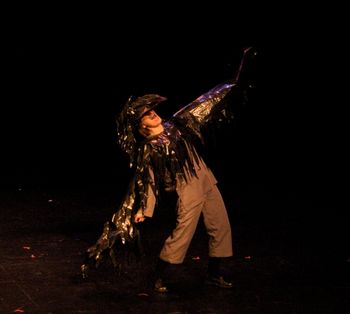 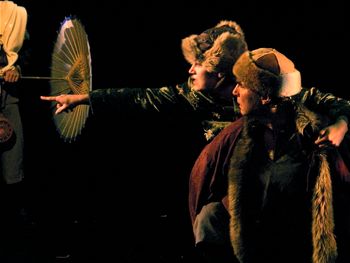 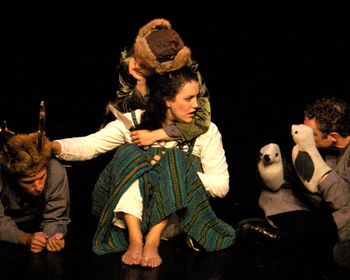 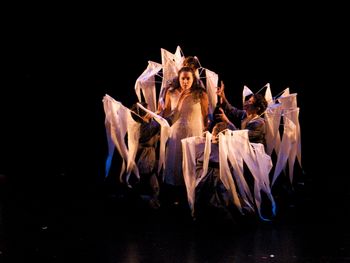 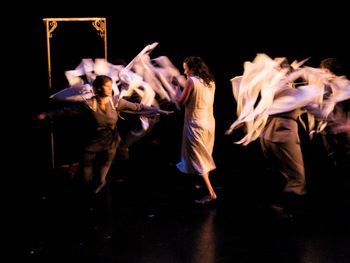 theater simple’s original adaptation of THE SNOW QUEEN in 1999 won raves, accolades and awards.  This sparkling new version of THE SNOW QUEEN really came back to life due to pleas from audience members. “It’s hard to say ‘No!” to someone who comes to your plays for years, and keeps asking you to remount their favorite, which is also your secret fave too. And many of our friends now have children, so there is a whole new audience who hasn’t seen it yet.” remarked Andrew Litzky, theater simple’s co-instigator.

The simpletons would like to acknowledge a debt of creativity to the artists who have previously worked on THE SNOW QUEEN and the site-specific GERDA’S JOURNEY– the current version of SQ has grown out of the creativity they brought with them.
Thank you! We couldn’t have come as far as we have without your work.
Megan Becker, Tina Bunck, Doris Black, Amy Conant, Anthony Duckett, Deb Fialkow, Maria Glanz, Llysa Holland, Jeff Kunins, Kirsten Laurel, Etta Lilienthal, Andrew Litzky,  Christine Longé, Andrew MacLean, Jason Meininger, K. Brian Neel, Sam Wilson and Rachel Katz Carey.